Is the UltraLift an Extended Deep Plane Rhytidectomy (Facelift)?

Is the UltraLift an extended deep plane facelift?

There is a lot of interest in the Extended Deep Plane rhytidectomy (facelift) over the past several years. For the past 35 years we have performed every conceivable facelift procedure from the simplest to the most complex. In 2008 we developed the Tesla Facelift concept that is to combine facelifting with technology and energy-based devices.

The extended deep plane facelift has been described for some time but recently the basis for improved results in this technique has been more studied and does in my opinion show improved neck results.

The key concept is the release of ligaments below the neck muscle or platysma. This can be accomplished to a smaller extent just below the mandible or it can be more extensive. These ligaments are the Cervicomental and Platysmal Retaining ligaments.

The Ultralift incorporates extended deep plane concepts and in fact releases the entire platysmal muscle with the use of the ultrasound dissector. The Ultrasound dissector also cauterizes vessels to reduce bleeding and bruising. The ligament total released by the Ultralift technique is 8. The repositioning of the descended face and neck is the most complete we have seen in 35 years of performing thousands of face and neck lifts. 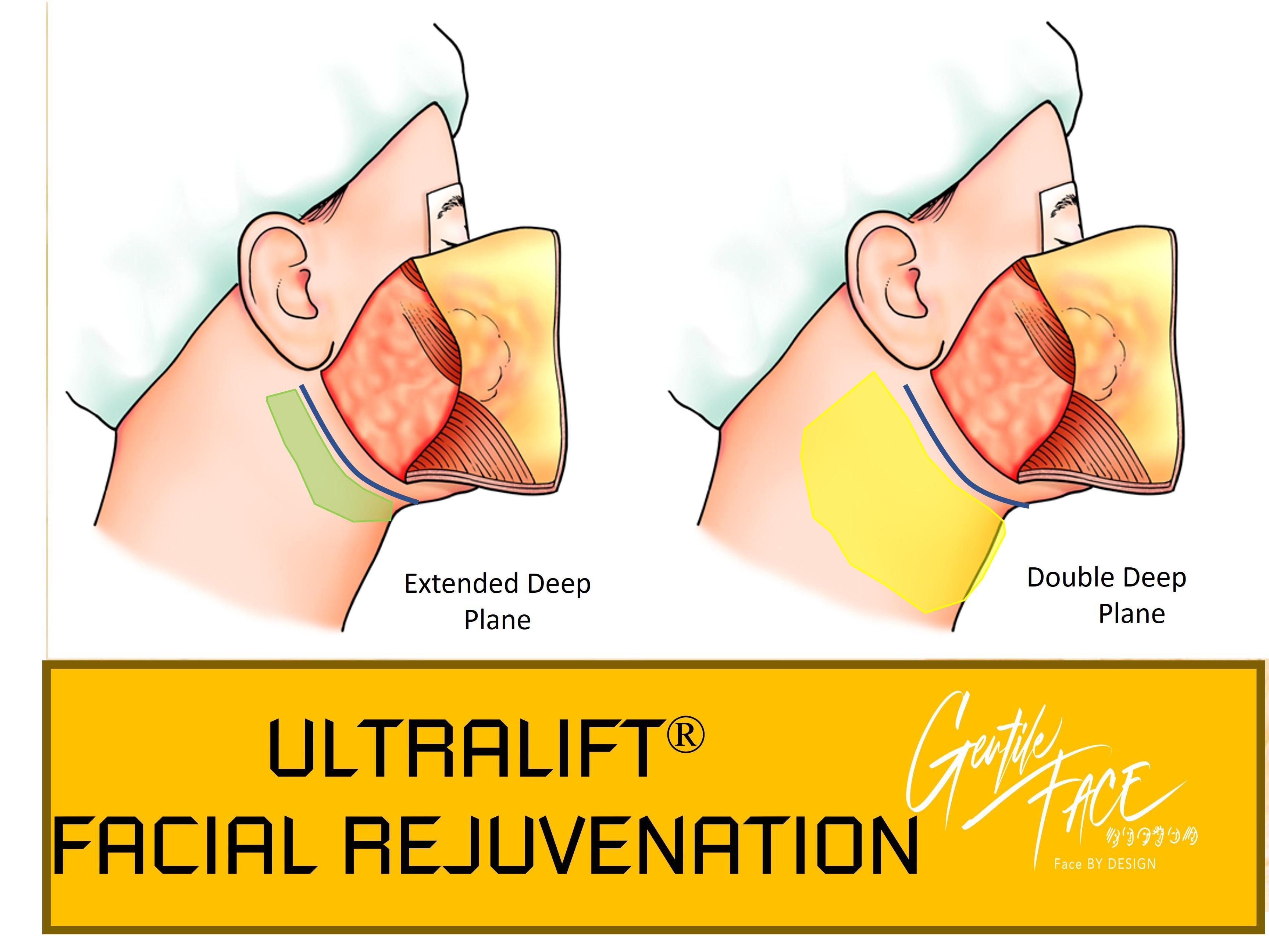 Does anybody really “Need” a Park Avenue Facelift?

I think if we look at this question there are a few questions to ask & answer. If we substitute “Manhattan Facelift” for “Park Avenue Facelift” or even “Beverly Hills Facelift” we know for a fact it is going to be awfully expensive.

Fat grafting creates a natural augmentation for the face using your own “filler”. Fat is usually harvested from the abdomen, flanks, or inner thighs; and about one third of the volume remains after the treatment.

Patients and I love results of the "Batman" Lip lift... It is called that because the strip of upper lip skin just under the nose which is removed resembles a batman image.

Under eye filler is a wonderful treatment for early aging and in some cases can be almost as good as Blepharoplasty. Be sure to select an expert for this treatment. Patient is shown 2 years after under eye fuller.

No matter how fun the holiday season is, there is no denying the toll it takes on your waistline.